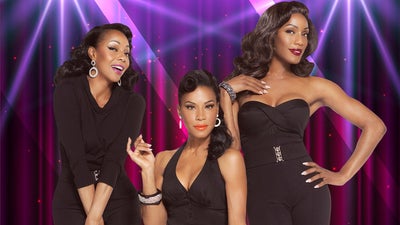 En Vogue have been giving audiences something they can feel since their red-hot 1990 debut album Born to Sing. Combining impressive vocal harmonies and a sassy, empowered lyrical sensibility, the R&B divas dominated ’90s airwaves, becoming one of the most successful girl groups of the decade. At their 2013 concerts, the ladies stunned crowds with their pitch-perfect a cappella breakdowns, sharp choreography, and stylish stage presence, building anticipation for their 2014 tour dates.

“En Vogue sang their hearts out and even went a little over their time.”

“These three ladies put on quite the show. The song selection was great! They also took time to thank the audience on more than one occasion, making me feel good about spending my hard earned money to see them.”

“The concert was amazing!! The ladies were so down to earth and very entertaining… I would definitely go again…”

Formed in the mold of the legendary girl groups of the ’50s and ’60s, En Vogue’s throwback sound resonated with audiences, propelling their 1990 debut Born to Sing to No. 3 on the Top R&B Albums chart. 1992 follow-up Funky Divas would prove an even bigger success, earning the band a host of awards and five Grammy nominations with ubiquitous No. 1’s “My Lovin’ (You’re Never Gonna Get It)” and “Giving Him Something He Can Feel.” The group’s sophisticated image, benefitting from several stylish videos in heavy rotation on MTV, added to their appeal, earning them more MTV Video Music Awards than any other female group in history. Despite lineup changes over the years, original members Terry Ellis and Cindy Herron remain, ensuring that En Vogue’s live show remains loyal to the group’s heyday.

By continuing past this page, you agree to our  Terms of Use.